Bring your A-Game to Recruiting 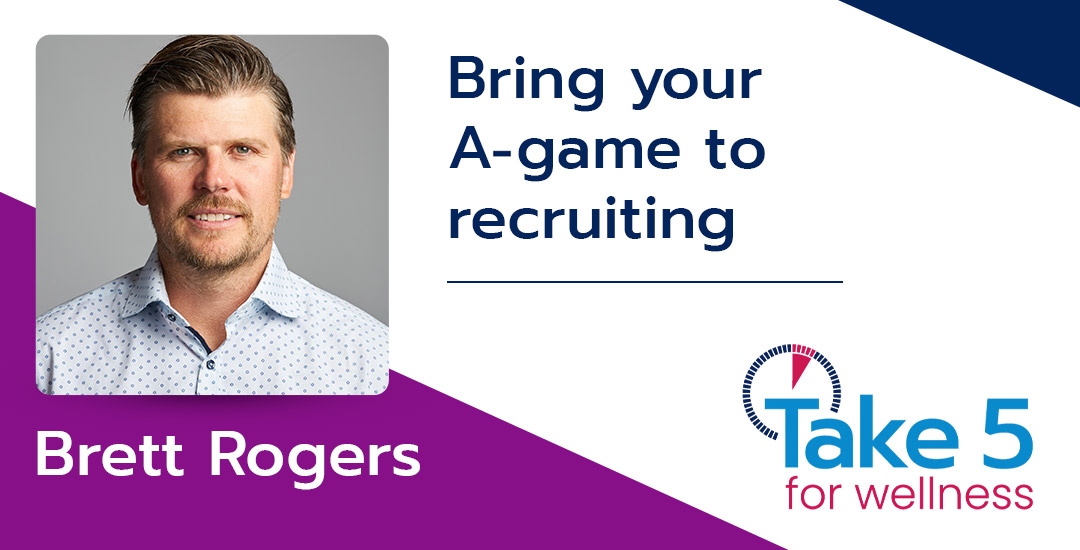 Imagine your workforce is like a hockey team vying for the “Stanley Cup” in terms of performance and profitability. But you don’t have enough top players to make up even one of your four lines of play. The vision of a championship quickly becomes a pipe dream—yet that’s the reality for most employers today.

Employees that can be described as “A players” – who have both talent and a strong work ethic – on average make up just 10 percent of the talent pool for any given position, explained Brett Rogers, vice-president of recruiting, HR Covered, during his presentation at Benefits Alliance’s conference in Canmore, Alberta, in October 2022. “B players” comprise 65 to 90 percent, leaving up to 25 percent who are “C players” without talent or drive.

Add the fact that the labour market is more competitive than ever before, and the prospect of putting together an “A-list” workforce seems even more unlikely.

Yet that’s exactly what employers can do with the right recruitment strategy, said Rogers. “You need to commit that all new hires from now on will be A players. In the long term, you want to have 75 to 90 percent A players in your organization. [The rest are] B players, who you will promote and coach to A player status.”

Rogers walked through the five key steps for successful recruiting:

HR Covered, based in London, Ontario, recently signed on with Benefits Alliance as a preferred provider. The company launched in November 2020 and acquired more than 800 clients in less than two years due to its unique pricing structure (flat fees rather than commissions), four-week recruitment turnaround, 90-day guarantees and high fill rates.